Steve Cronauer Promoted to Operations Manager for the Gulf Coast

ACE is excited to announce the promotion of Steve Cronauer to Operations Manager of our Gulf Coast (Houston, TX) region. Steve has been with ACE since 2016, working as a leading project and working as controls engineer in a variety of industries with an emphasis on oil & gas, air separation, compression, and distillation processes. 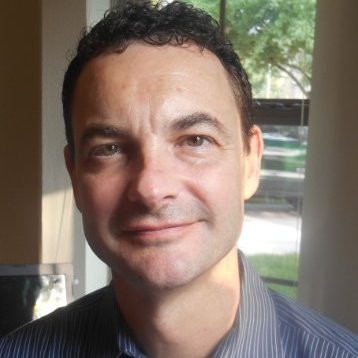 Steve enjoys working at ACE because of the diversity of work, both from an industrial and technology viewpoint.  “I can go from a dog food plant working on an plc-based control system one day to a petrochemical facility with a complex DCS  the next,” says Steve.  He finds the talent and culture here at ACE amazing.  He thinks our work environment is distinct because of our culture of not just working for our customers but, with our customers.

Steve was drawn to the automation and controls industry because of the problem-solving aspects of control integration; what needs to happen to have a plant operate safely, stably, and optimized and then how to translate this in to code of the control system to achieve the objectives with both reliability and robustness.

Steve has a Bachelor of Science in Chemical Engineering from the University of Illinois and over thirty years of industry experience. Prior to joining ACE in 2016, Steve worked for Air Products and Chemicals as a both a project engineer and manager in efforts dealing with regulatory control, advanced control, data historians at sites all over the United States.

While at ACE, Steve has worked to design and implement a variety of projects with technologies such as Rockwell Automation’s ControlLogix and Siemens PCS7. He has also supported projects across the company working Aspen Technology including historian and advanced process control applications utilizing DMCplus, Aspen Calc, and InfoPlus.21.

By definition, a digital twin is a digital representation of a physical object or system. While the...

The first thought most people have when it comes to industrial, or OT, cybersecurity relates to the...