One of ACE’s principal goals as a company is to build long-term relationships with the customers we serve so we can become a reliable and trustworthy partner for all of their control system needs. One such customer relationship has been ongoing for about a decade and has proven to be a valuable partnership for both parties. This customer is a pharmaceutical company who has experienced steady, consistent growth over the duration of our business together. They have had a constant need for more production capacity and better control of their production lines. 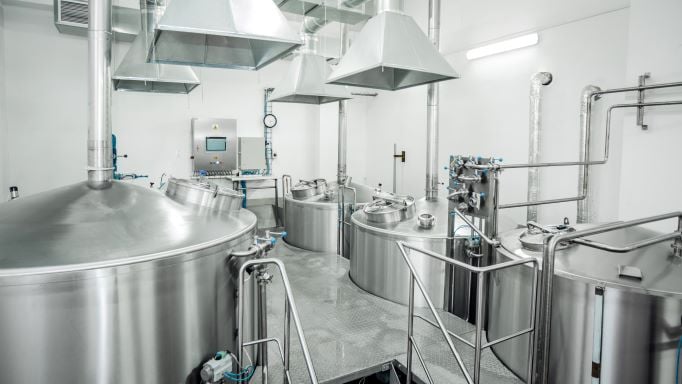 For this customer, ACE has developed 4 separate iterations of the batch control system as their demand continues to increase. From the initial architecture and design of the control system, across continents, to the latest system which was the largest line yet, ACE has been there to support the customer for all their controls needs.

A considerate amount of time and planning went into designing an initial system that was scalable for future iterations. The new control system was designed in ArchestrA System Platform SCADA with two redundant Rockwell ControlLogix L74 processors communicating to remote I/O and multiple third-party skids. The ArchestrA platform included a batch server, a historian server, a Galaxy repository, and an information server.

The initial system began with seven control modules which were implemented and thoroughly tested according to GAMP regulations. Phase logic was developed for clean-in-place (CIP), sterilization-in-place (SIP), and process control with modular batch recipes defining the execution of the phases. The operator interface incorporated was configured to be compatible as both a wireless touchpad interface and wired operator stations.

Improvements throughout the years

After a successful commissioning of the initial system, the partnership with ACE continued through three consecutive projects of increasing scale. With the most recent production skid scaled to quadruple the capacity of the original line, the new system would require some considerable redesign.

For the 200L skid design, ACE worked closely with the customer’s process engineers to remodel the equipment modules defined in previous projects.. The resulting system included two trains that provided the ability to begin cleaning operations on the front-half of the system while the previous batch completed on the back half of the system. This allowed for more efficient phase control and lower batch cycle times

Additional improvements were made to the communications in subsequent projects. After the first system, only Ethernet IP was used as the protocol, eliminating Foundation Fieldbus and DeviceNet communications. The later systems also eliminated the wireless transmitters used in the first system. The tank farm was upgraded to use connectors with unique pin layouts that, when a vessel was docked and plugged in, would identify who is using the system to make sure the right tanks show up in the right locations on the HMI.

Since ACE was brought in to design the initial system, we have been able to offer support in areas other than system configuration. For example, during the commissioning of the phase 3 system, we had two engineers onsite for nearly nine months supporting the start-up in the United Kingdom. Because ACE personnel have such intimate knowledge of the system and Good Documentation Practices (GDP), we can assist the customer in commissioning and emergency troubleshooting for all of their facilities.

Read more about how we helped pharmaceutical customer expand their production.

Mark your calendar for April 28, 2022 at 2pm ET to join us, along with engineers from Siemens and...

Steve Cronauer Promoted to Operations Manager for the Gulf Coast

ACE is excited to announce the promotion of Steve Cronauer to Operations Manager of our Gulf Coast...