The Key to Improving the Bottom Line for Pulp Mill Customers

The mill was facing an issue we see often among our customers- it was running on a legacy system from the 1980s and becoming increasingly difficult to maintain and replace hardware. Additionally, the mill was having trouble finding staff who could program process changes into the unique and outdated logical interface. 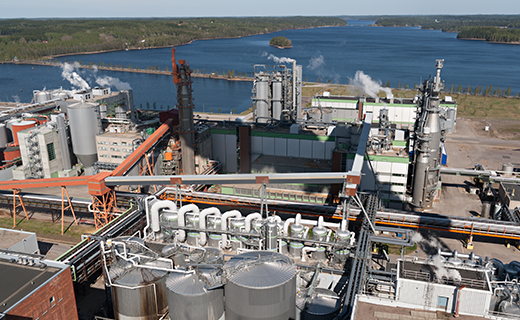 The ACE and pulp mill teams came together to discuss the mill’s priorities and find a control system that would best fit their needs with the mill deciding that a Siemens PCS7 system would best work to integrate all areas of their facility in a modern and cohesive fashion. It was also a priority for the pulp mill to reduce downtime as much as possible. To accommodate this important request, the ACE team developed a 4-phase approach to take as little equipment offline at a time as possible.

Phases 1 and 2 were targeted at migrating nearly 1000 I/O points for the most critical processes into PCS7. These phases also included additional functionality manage the plant’s wastewater control to ensure compliance with EPA guidelines.

In Phase 3, ACE incorporated the the bleaching controls associated with the chlorine dioxide (ClO2) production and chemical preparation and was instrumental in reducing the acid and peroxide needed in the chemical make-down for the reactors. By using a master production loop in conjunction with a bias controller, operators can now set the flow requirements for the chemical flow lines used in producing ClO2, which includes the sulfuric acid, methanol, chlorate, and hydrogen peroxide lines.

The priority for Phase 4 was to ensure that the mill can produce the highest quality clean pulp from the brown stock supplied by the digester. It was also important to recover as many of the chemicals used in the cooking process as possible by upgrading the brown stock washer controls. This included the development of the controls for the de-knotters, two stages of vacuum washing, and screening and deckering with a single-stage vacuum washer.

Read more about the positive impacts, both financial and functional, of the mill’s PCS7 migration in our case study, here.

On-Demand Webinar: A Case Study in Efficiency Optimization through MES

Like many large-scale manufacturers, when building their new production facility as part of a...

Have You Optimized These 8 Frequently Neglected VFD Parameters? – Part 1

Over the last century, electric motors have become ubiquitous for powering a variety of industrial...